The consultant’s uniform – Is there a dress code for consultants?

“I could tell you were a management consultant as soon as I saw you!”

This was the director’s greeting when I arrived on set for a training film for management consultants; I was the technical advisor.

But what was it that made me recognisably a management consultant? In days of yore there were dress rules (even to the style of trilby hat, when there were few female consultants), but by the time of that film those days were past.

There are image consultants aplenty who will tell you that you never get a second chance to make a first impression, and that impression is based on how you look. “Imagine,” said one, “how much effort goes into the design of the packaging of an item costing only a few pounds in the supermarket. How much more we should consider the packaging of a consultant costing hundreds of that per day!”

So we included an image session on the training courses I ran for consultants to develop their selling skills. The image advisor would arrive carrying a variety of neckties and shirts (men tended to need a lot more advice than women!) and the trainees would marvel how a well-cut shirt or style of tie, and the right choice of colour for clothing, could enliven their appearance.

But as for a uniform? The advisor told us to vary it according to the audience. The sharp suit that might be de rigueur in the City would not have the same favourable impact if worn to a rural public sector client. We boiled it down to the advice “dress how you think your clients would like their consultants to dress. And if in doubt, err on the side of formality.”

So I guess that I looked like how that film director thought a management consultant should look, and certainly the male players in the film were dressed similarly to me – with no technical advice on my part.

To finish the story: my work didn’t finish on that set. The director came to me and said, “That final scene, where the two main characters have a conversation highlighting all the lessons from the drama. It doesn’t work. We want you to do a commentary to camera, and we’ll film it in your house.”

So early one morning the film crew arrived. They took one look at my furniture and decided to hire better stuff from the local antique shop.

Five minutes of voice to camera took most of a day to film. Set up takes ages. And in that short piece with me alone in shot, behind the camera were the director, the director’s assistant, the cameraman, the sound man, the lighting man, the teleprompter operator – all squeezed into my small room.

If you ever see that film I’ll leave it to you to decide whether I look like a management consultant. 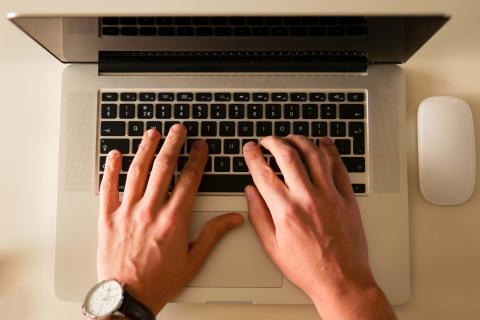