Introduction to the Historical Archive

Calvert Markham, Director of the Centre, introduces the Historical Archive:

We aim to gather items in the Centre’s historical archive that are of interest to those who want to find out more about the history of management consultancy and related thinking.

The curator of the archive is the journalist Mick James. Mick was editor of Management Consultancy magazine, and has started to log the main news items that appeared there month by month. You can see this here.

We are also starting to collect eye-witness accounts from past Presidents of the Institute of Management Consultants and Past Masters of the Worshipful Company of Management Consultants, and will include these in the Historical Archive as they come in.  They are intended to be personal recollections and not definitive histories, and the views expressed are those of the writers.

The “historical archive” currently consists of a box containing a partial run of Management Consultancy and a few of the books on the topic that I snaffled during my tenure as editor, many still festooned with Post-it notes on which I scribbled furious comments while reviewing them.

To take one example: The World’s Newest Profession pursues the line that consultancy is a product of regulatory economics, but has failed to step up to the mark ethically and professionally as evidenced by the collapse of Enron.  The book’s general accuracy can be summed up by its claim that “Deloitte Consulting completed a management buyout and reverted to its legacy name “Braxton”.  Other titles published around the same time were Dangerous Company: Management Consultants and the Businesses They Save and Ruin –described by one reviewer as a “history of the big strategy consulting firms with special emphasis on what they did wrong” and ConTricks: The Shadowy World of Management Consultancy .

Academic studies take a similar line, offering various explanations of how consultants manipulate “the value systems not only of their clients, but also of society at large” or exploit “fears and uncertainties” to peddle their wares.  The proposition that success in selling business services might be founded on a track record of improvements to business performance remains unexamined.

We do have reasonable accounts of the early, post-Taylorean years and I should be able to reconstruct the true story of the divestments.  But we know more about the politics of ancient Egypt than management consultancy in the 21st Century.  There is of course a book with that title - dating from 1999 and a whole slew of “2020” visions of the industry written in advance (sadly with no mention of ).  In fact the future of consultancy is remarkably well documented compared to its past.

There are exceptions: for example, we know precisely how Argos stole a march on Amazon to offer same day delivery because the project, with LCP Consulting, was the winner of the Management Consultancies Association’s Project of the Year in 2016. Since their inception in late 1990s, the MCA Awards have grown from a handful of people gathering in a windowless conference room to a glitzy, celebrity compèred black-tie-and-ball-gown affair in a cavernous West End ballroom.   At best the awards offer a counterpoint to the relentless negativity about consultancy, particularly in the public sector.  But they are only a glimpse, with an absence of the FTSE 100 projects that are the bread and butter of the big consultancies. Often it is smaller consultancies’ work with big clients and vice versa: perhaps the task of coordinating the PR machines of a top corporate and a Big Four consultancy defeats even the wiliest systems integrator.

This all sounds rather negative, but I am in fact looking forward to detecting the neutrino-like traces that consultancy has left as it passed throughout corporate body.  But I can’t do it alone.  I will be searching whatever archives I can gain access to but the truth is out there.

Already many of my contacts have confessed to having “a bit of a clear out” so I would urge everyone to resist the blandishments of Marie Kondo and give your corporate ephemera one more chance to spark  joy: company histories, annual reports, magazines, personal memoirs.  No-one is preserving this stuff and it really should to be carefully collated, scanned and preserved before it all vanishes forever.

If you do you have any historical materials that you think might be useful to the Centre please contact me at info@cmce.org.uk. 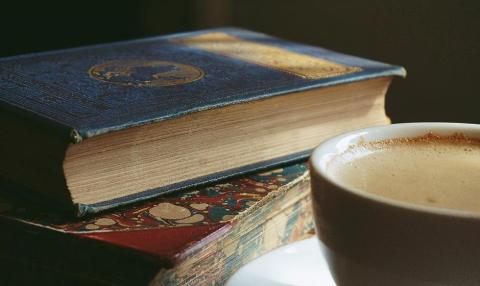