What can psychoanalysts teach management consultants?

There is a second tradition of consulting to organisations that has developed in parallel to management consulting.  Organisational consulting, as it is often called, has its roots in psychoanalysis and social sciences, drawing on social psychology, sociology and anthropology.  Typically, organisational consultants work with the emotions of people in organisations, helping them to overcome emotional blocks and, as a result, work together successfully.  This approach has proved particularly effective in settings where staff or clients often have to deal with strong emotions, for example hospitals, mental health establishments and social care settings.  It also informs some approaches to coaching individuals such as organisational leaders and managers.

Organisational consulting draws on several elements from psychoanalysis, which are often collectively referred to as psychodynamics.  Organisational consultants are skilled at observing the dynamics of groups: how emotions are communicated in groups, how the emotional tone of a group can change, when groups are working normally and when they are behaving in ways that hinder their work.  This expertise is often developed through training in a branch of psychoanalysis known as ‘group analysis’.  Group analysts can observe a group at work and intervene to provide on-the-spot coaching if the group is working in an unproductive way.

Traditional psychoanalysis, working with individual clients, has also contributed skills useful to organisational consultants.  Psychoanalysts learn to read their clients’ emotions as well as be aware of and understand their own.  This is similar to the abilities known in mainstream psychology as Emotional Intelligence.

Classical psychoanalysis and group analysis both come burdened with bodies of theory that are not scientifically proven and in many cases are not amenable to scientific proof.  Some of the theory may be based on valid ecological descriptions of human behaviour but for the most part those elements have not been scientifically tested.  However, one can ignore the theory to look at the genuine competencies that psychoanalytic practitioners demonstrate.  Psychoanalysts and group relations practitioners show that these competencies can be learnt and trained, although there may be more efficient alternatives to traditional psychoanalytic training to do so.

In recent years there has been some convergence between scientific psychology and psychoanalysis.  Psychologists now accept that many of our mental processes occur outside consciousness.  Nobel Prize winner Daniel Kahneman set out the case in his bestselling book ‘Thinking Fast and Slow’.  Many of our most important emotional responses are likely to have been learnt early in life, before our ability to put down long term memories developed, so that we are unaware of why we respond the way we do.  For their part many psychoanalysts now regard analytic sessions as a dialogue between two people, rather than viewing the analyst as an objective observer, and regard the theories of Freud and other early analysts on the mechanisms of the subconscious as a historical curiosity.

“Takes and maintains responsibility for actions and impact of selected course of action on others.  Handles complexity in the operating environment.  Interacts effectively with others to achieve desired outcomes.  Demonstrates influencing and communication skills.”

Implementation and change management, major areas of management consultants’ work these days, notably require these skills.  Typically, consulting firms rely on recruiting individuals with these emotional competencies rather than attempting to develop them through training.  The drive for technical skills in sought-after areas may, however, relegate these characteristics from the ‘essential’ to the ‘desirable’ list in the recruitment process.

Management consultants could learn from organisational consultants in training the skills required to work with the emotional dynamics of groups and developing the dimensions of emotional intelligence to read other people’s emotions and understand their own.  Traditional group analytic and psychoanalytic training is unlikely to be the most efficient way to do this.  Researchers who gave business students an intensive 11-week training programme showed that people can improve their EI in the areas of thinking with emotions and monitoring and regulation of emotions [1].  It should not be beyond the capabilities of the management consulting profession, working with psychologists, to devise effective training approaches.

Dr Karol Szlichcinski is a member of the CMCE Leadership Team.  He a Chartered Psychologist and has an MA in Advanced Organisational Consulting from the Tavistock Institute of Human Relations and City, University of London. 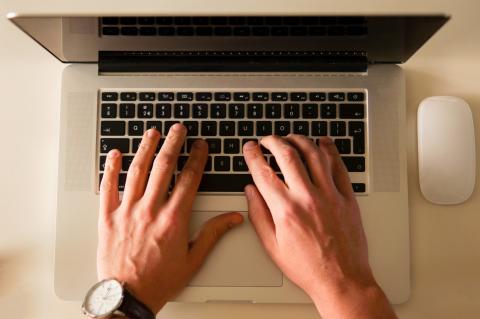